On November 9th, it was like my USA had collapsed.  All the ideologies of the chosen land with it…”A guy who represents everything that is wrong had won”…As we were silent, my husband said, this is not who we are.

A few months have passed and it helps,  let me say that I strongly hope I’m making a mistake and that our very soon to be president isn’t an unstable person to whom we gave powers to detonate a bomb at any time. I REALLY hope I’m wrong.

I became an American in December 2013. My mother made the trip last minute to come see the celebration and support this amazing milestone in my life. My parents in law and my husband of course were there too.

I had passed the citizenship exam without a mistake. I remember the day at the convention center downtown in San Diego where the ceremony happened. All countries were present. The officer (runner) would go through the entire alphabet to go through each country being represented that day. Came my turn with France and Switzerland, we were a few. I had the little American flag they gave us (it became an ornement on our Christmas tree) in my hands and was sitting first row with tears of joy and accomplishment in my eyes as I realized what I was living was a unique time in my adult life. This room was the perfect representation of the United States of America. People come from everywhere here and I saw it big time. It felt right. Everyone chooses to become a citizen to make the best of their lives with values they cherish and to contribute to this amazing new country. I always feel so lucky to see it when traveling in the USA as a host. The people I meet are incredibly kind, smart, and thoughtful. Either if they are part of my organized trips or if they are random people I meet while touring on my own a place on a bus or walking.

Everyone who knows me knows what I stand for: Children, Diversity, human rights, equality, freedom of speech, nature, and of course art.

Tomorrow, I’ll be marching on the Women’s march with other friends and my husband by my side to defend what we women have worked so hard to achieve and to protect upcoming generations.

The world is more open now then it has been before with its problem of organisation for sure but as a result we see more and more mixed couples either through ethnicities or gender. One can vote all it wants against it this is happening. This is the power of love.

My Power of ONE

The more I think of it with the trend happening in Europe and here is that we need to be stronger together. Acting within communities and on one on one. I know some people who didn’t vote for Hillary or voted for Trump they have their reasons of course. The interesting thing is that we get along when we meet and I don’t see so much of differences among us. We want what is best for our families: Safety, health, education, jobs, have a decent quality of life (I know I’ve been blessed for that), and do good. I believe we might have stopped listening to each other. Some people’s recent angry talks do not match their kind actions. I’m SO glad. I think we need to go to the bottom of it and act on everyone’s frustration with kindness not anger. I’ve seen a tendency in people to fire up more easily now, I have to admit I also did. Even people I knew who were the calmest and who weren’t swearing, changed. Again, I don’t feel this is who we are. Let’s do things right. We’ll only progress with constructive criticism, love and action. 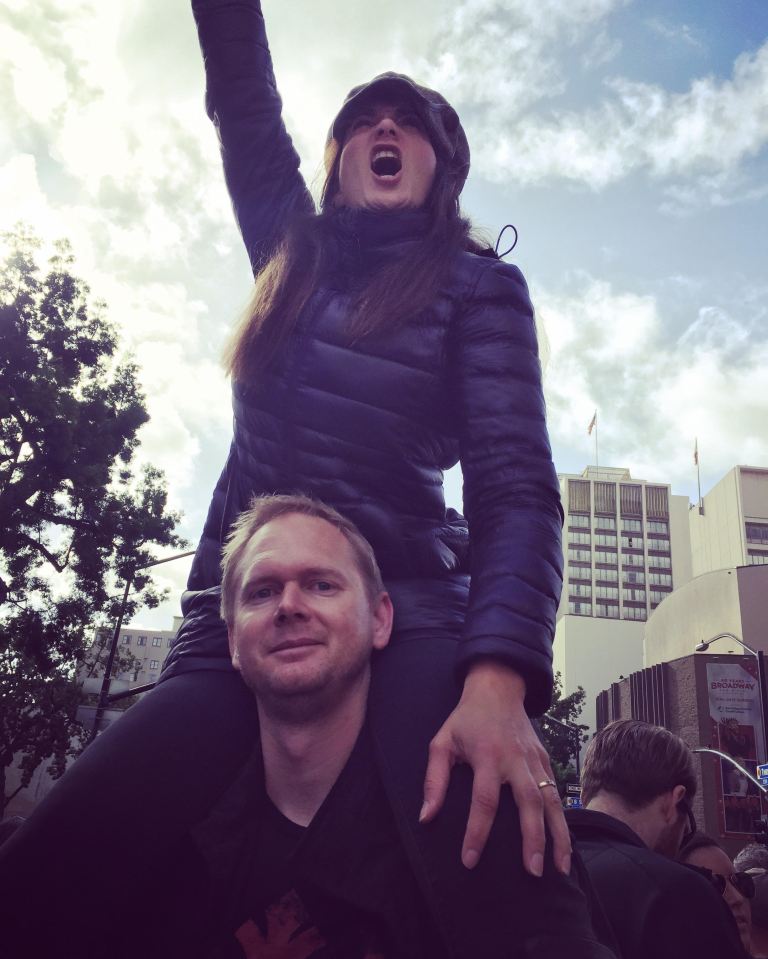 Coming up next : A blog on the outstanding feature film Mustang